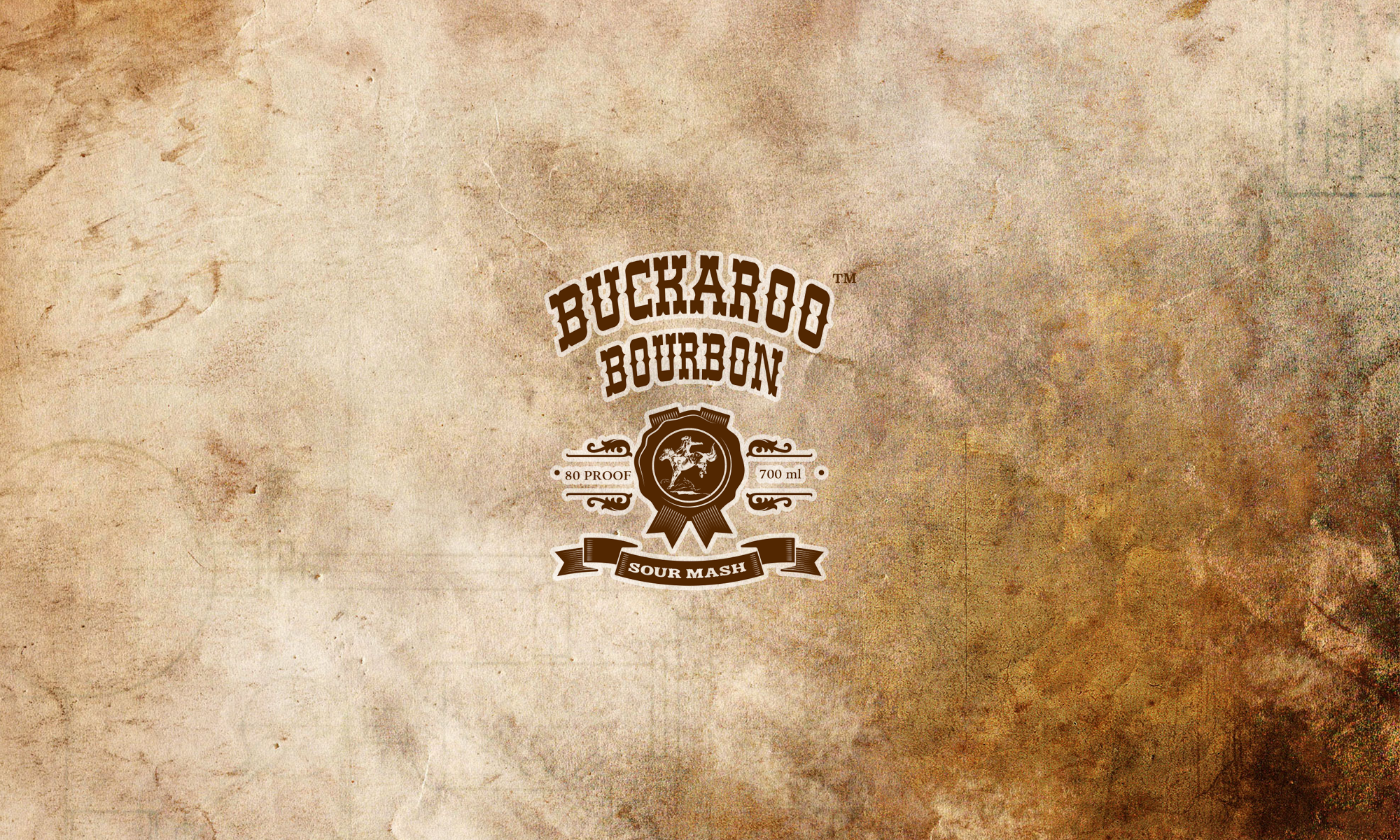 Buckaroo Bourbon is a traditional American Bourbon. Where the Old West still lives in the Great Basin areas of Oregon, Nevada and Idaho, they call themselves Buckaroos, not cowboys.
Here you will find no rhinestone rodeo cowboys, no Hollywood cowboys in white hats, but real working cattlemen & horsemen who lived, or still live, anywhere within 200 miles of Winnemucca, Nevada.
Just like the wild horses that early Americans had to tame in order to take over the Wild West, Buckaroo Bourbon has been “tamed” in oak casks, to make it a smooth and highly enjoyable spirit.

Visual aspect: clear, amber liquid.
Nose: A complex aroma, giving notes of orange peel, with some sweetness and a hint of dry flowers
Palate: The palate offers good intensity and length of aroma, suppported by a good structure and compexity, giving it a full and satisfying taste.

Try Buckaroo Bourbon on the rocks or with cola or ginger ale, for a great drinking experience! But these traditional cocktails will widen your enjoyment of this wonderful spirit.....

Bourbon whiskey is a type of American whiskey: a barrel-aged distilled spirit made primarily from corn. The name is derived from the French Bourbon dynasty, although it is unclear precisely what inspired the whiskey's name (contenders include Bourbon County in Kentucky and Bourbon Street in New Orleans). Bourbon has been distilled since the 18th century. The use of the term "bourbon" for the whiskey has been traced to the 1820s, and the term began to be used consistently in Kentucky in the 1870s. While bourbon may be made anywhere in the United States, it is strongly associated with the American South, and with Kentucky in particular.

The Federal Standards of Identity for Distilled Spirits (27 C.F.R. 5) state that bourbon made for U.S. consumption must be:

Bourbon has no minimum specified duration for its aging period. Products aged for as little as three months are sold as bourbon.The exception is straight bourbon, which has a minimum aging requirement of two years. In addition, any bourbon aged less than four years must include an age statement on its label.

Bourbon that meets the above requirements, has been aged for a minimum of two years, and does not have added coloring, flavoring, or other spirits may (but is not required to) be called straight bourbon.

Bourbon that is labeled as straight that has been aged under four years must be labeled with the duration of its aging.
Bourbon that has an age stated on its label must be labeled with the age of the youngest whiskey in the bottle (not counting the age of any added neutral grain spirits in a bourbon that is labeled as blended, as neutral-grain spirits are not considered whiskey under the regulations and are not required to be aged at all).

Bourbon that is labeled a blended (or as a blend) may contain added coloring, flavoring, and other spirits (such as un-aged neutral grain spirits); but at least 51% of the product must be straight bourbon.

Often called the original “cocktail,” the Old Fashioned today is one of the most-called-for “Classic” drinks. Sweet and strong.

For Classic Old Fashioned: Dissolve or muddle sugar with a splash of water in an Old Fashioned Whiskey glass.
Fill glass ¾ full of ice.
Add Buckaroo Bourbon and bitters and stir.
Garnish with orange slice.

There’s a simple structure behind all sours, a family of citrus-based cocktails.

Combine Buckaroo Bourbon, lemon juice, and simple syrup in a cocktail shaker.
Fill shaker with ice, cover, and shake vigorously until outside of shaker is very cold, about 20 seconds.
Strain cocktail through a strainer into an old-fashioned or rocks glass filled with ice.
Garnish with orange wheel and cherry.

The Boulevardier is a sophisticated and classic cocktail that is sometimes referred to as a whiskey Negroni. However, the Boulevardier cocktail may have predated the Negroni, though the exact dates of creation for both drinks are a little sketchy.

Pour the ingredients into a mixing glass filled with ice.,
Stir vigorously for 30 seconds.
Strain into a chilled cocktail glass.
Garnish with an orange twist